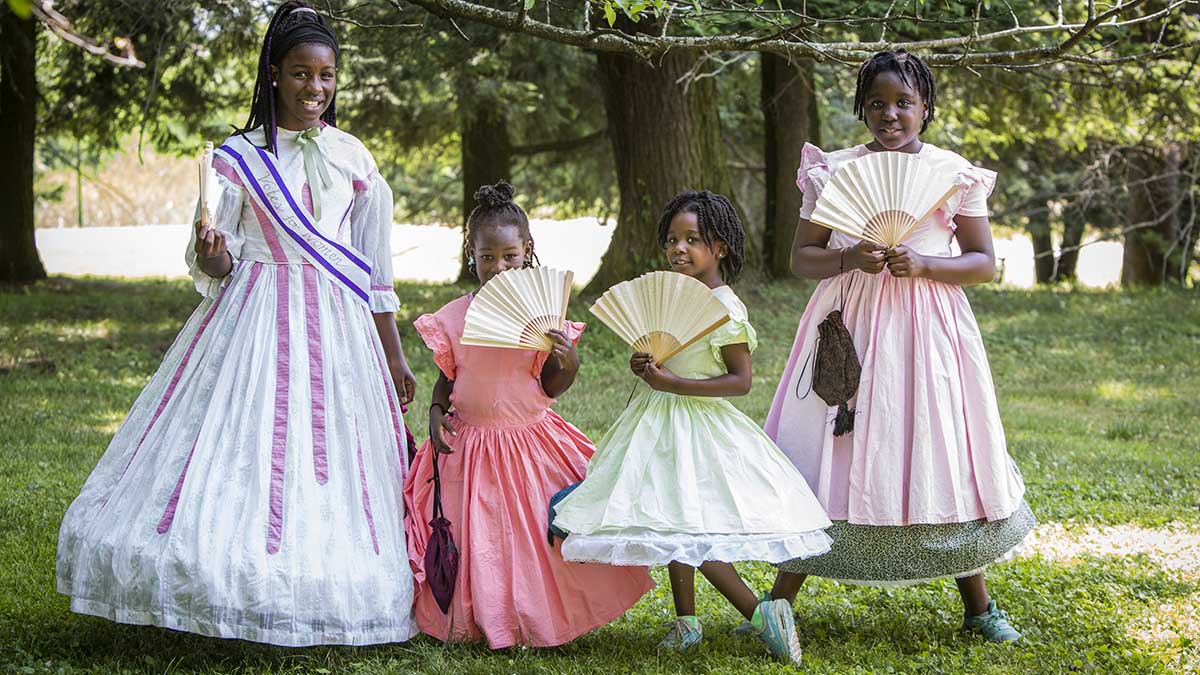 Celebrate the power of the vote and the 102nd anniversary of the 19th amendment!

Explore the exciting lives of women past and present who have defied society to fight for what was right. Activities include a live suffrage debate (heckling encouraged); photo-ops with suffragette sashes and 19th-century clothing, opportunities to explore voter resources with the League of Women Voters of the Rivertowns, STEAM activities and experiments, and radical cross-stitch lessons for feminists of all ages and genders. History detectives can find clues in Washington Irving’s home, Sunnyside, about the women who lived there in the 19th century.