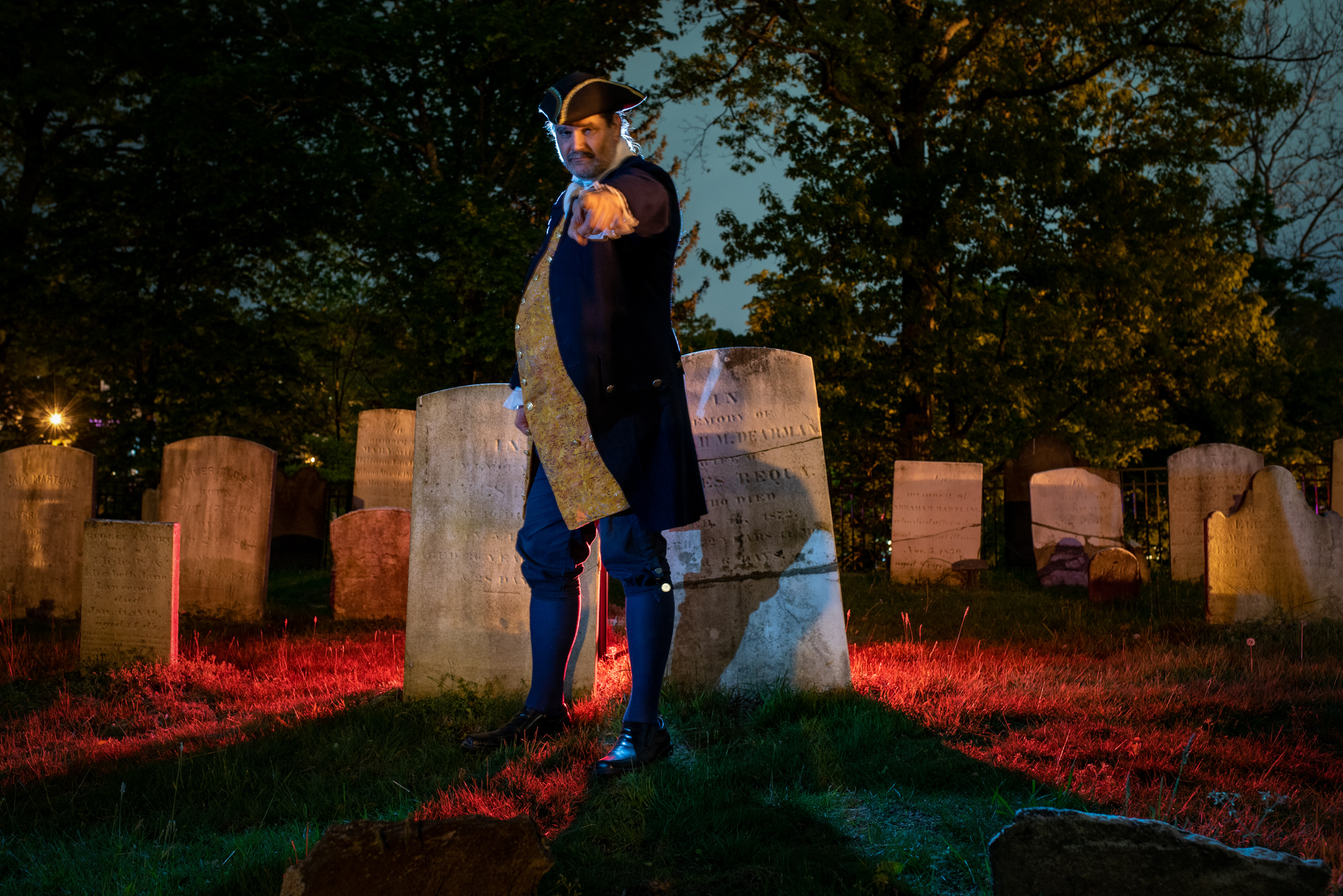 “The Devil and Tom Walker” is a short story by Washington Irving about a miserly man who makes a deal with the devil.

Storyteller Jim Keyes will recount the legend of the Pirate William Kidd, whose large treasure was buried and never found. It’s rumored that Kidd buried his plunder in a forest, and made a deal with the devil to protect it. While Kidd died never able to reclaim his money, the devil has protected it ever since.

Years later, the devil meets Tom Walker, a miserly man married to a foul-tempered and even more miserly wife. The couple conspires to cheat each other until the devil offers Tom a bargain: he’ll give Tom the Pirate Kidd treasure on one condition— that Tom give him his soul.