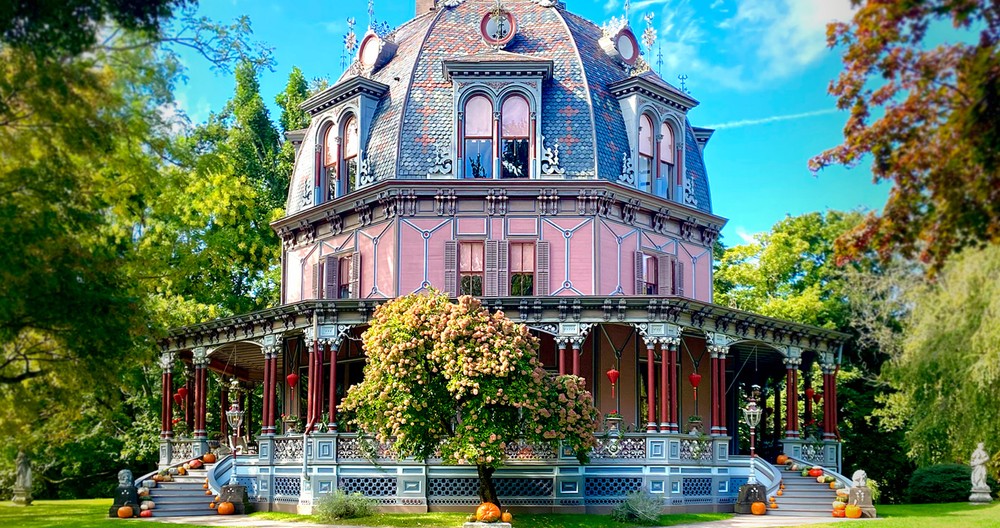 18 miles north of New York City, high on a bank along The Hudson River sits The Armour-Stiner (Octagon) House. Built in 1860, this enigmatic, eight-sided, domed landmark is the pride of the Village of Irvington, in the heart of “Sleepy Hollow Country.” During the month of October, The Octagon House is pleased to announce a special ‘Myths and Mysteries’ tour to celebrate the Halloween season.

For years, local rumors have swirled around The Octagon House, implying its connection to the spirit world. Join us as we delve into the myths and mysteries of the house—from its unique dome shape resembling an ancient Roman temple, to its octagonal floor plan rooted in 19th century Phrenology, to speculations of a resident ghost, we’ll share stories from the current owners who have described their experiences of the house as something otherworldly. Come hear tales of the unexplained and uncanny events that have occurred in this magical house while experiencing the delight of this meticulously restored architectural wonder.

The Octagon House is very much a private family home. Access to the house and grounds is available ONLY to ticket holders during the time and date assigned.