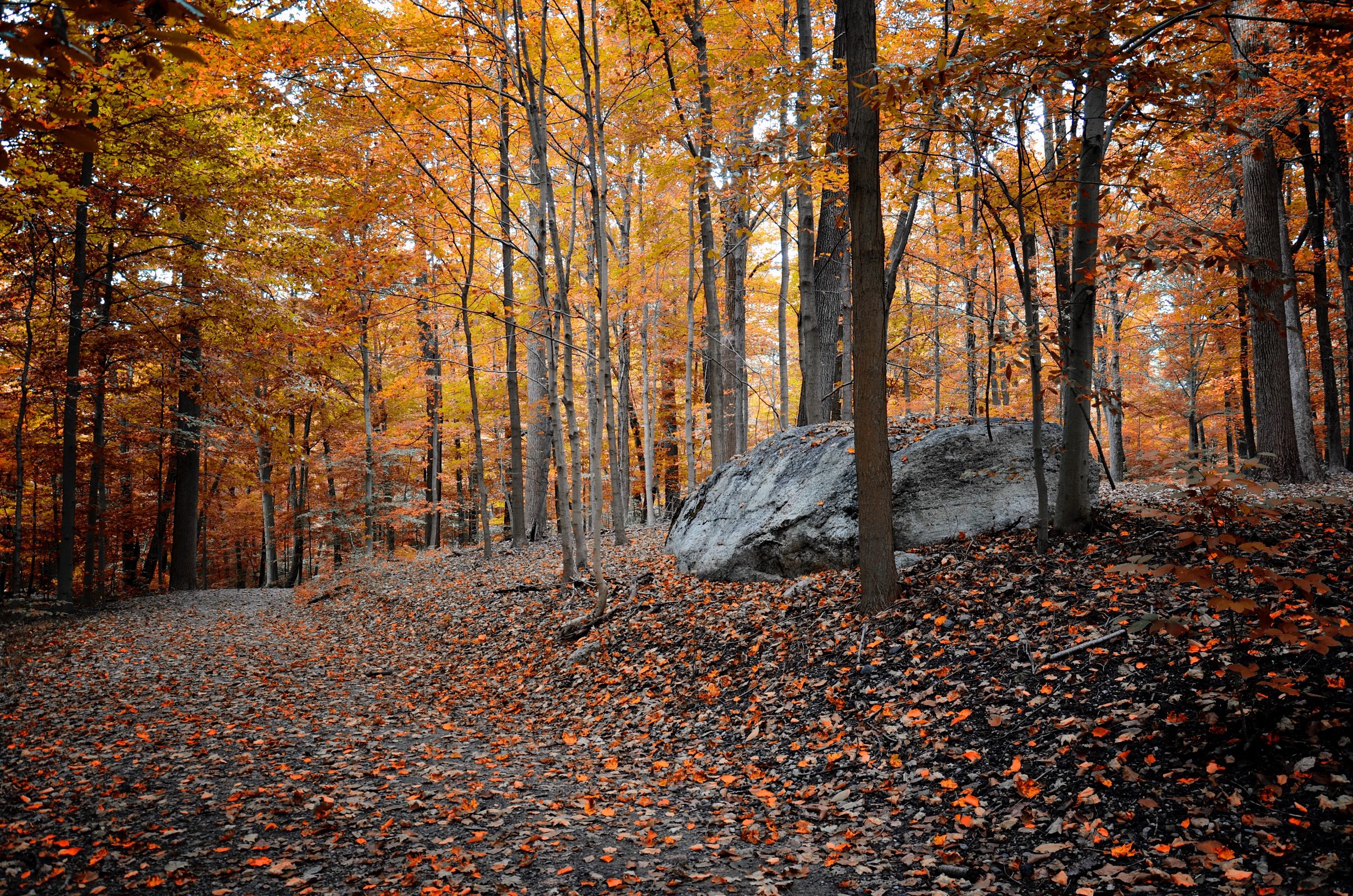 "In the days before the railroad was built, the population of Tarrytown was small, and the majority of the inhabitants were farmers; good, plain, practical people, not given to romancing and the inveterate foes of novelty. Some elderly folk, whose memories take them back to the thirties, remember the story of the Spook Rock as it was transmitted to them from their parents and grandparents, which should satisfy any sceptic of its genuine antiquity. Not far from the cottage of Hulda, the witch, it stood; but it was an ancient landmark before Sleepy Hollow mothers ever used Hulda's name to frighten their babies into obedience."

-Chronicles of Tarrytown and Sleepy Hollow, by Edgar Mayhew Bacon

Legends proliferate our landscape. It's a natural occurrence in places where the land and the people have been together for a long time; it's a result of the need to give meaning to the arbitrary, and to explain the unexplained. Some places naturally attract legends to them as if that corner of the world feeds on the energy of the stories. Sleepy Hollow seems to be one of those places, one that attracts people and the folklore that comes with them. Washington Irving seemed to have felt that vibration in the area surrounding the Pocantico and others even before him as his Legend isn't the only one to find purchase in the hills. 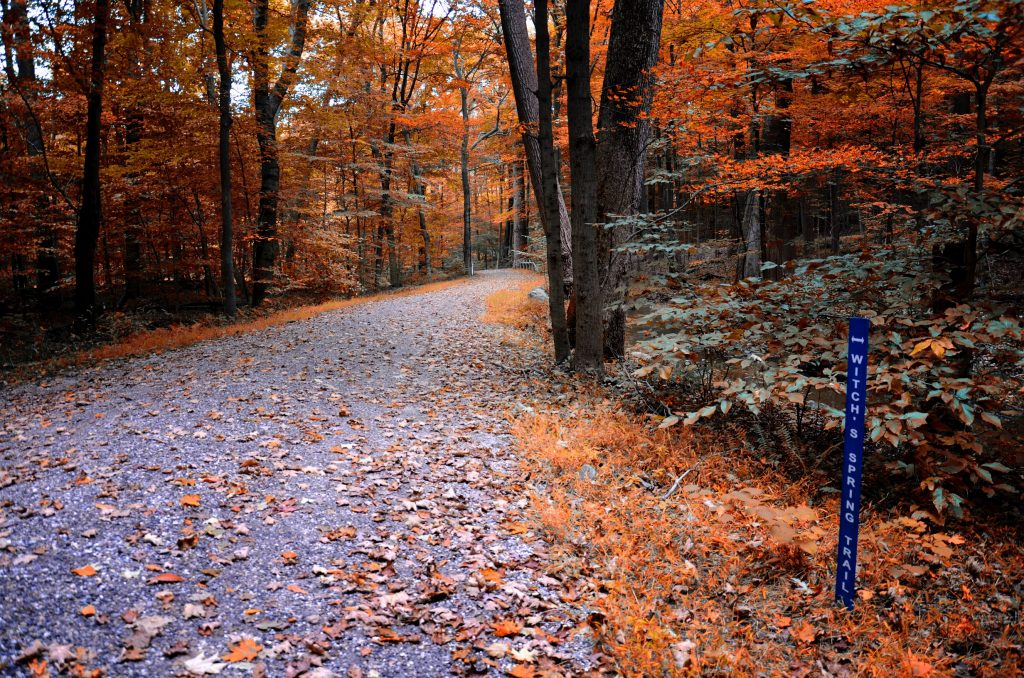 If you find yourself wandering around Rockefeller State Park Preserve today (perhaps in search of the location of Carl's Mill), you'll find the names of some of the trails to be pleasantly mundane and others be curiously spooky, such as Gory Brook Trail or Witch's Spring Trail. You'll also notice that the trail map marks the location of a few rock formations within the preserve, one of which is Spook Rock which is located on the accompanying Spook Rock Trail and Witch's Spring Trail.

The meaning and importance of Spook Rock comes not from history, per se, but from a story that was passed down through history from an earlier time. Perhaps once, long ago, it was rooted in some semblance of truth, or perhaps none while some poor inhabitant of Sleepy Hollow tried to find a way to explain a weird feeling they had near a large, but generally plain and flat boulder they passed in the woods. Either way, with each telling of the tale, it eventually morphed into something else and as it exists today, it comes across as a ghost story begging to be told around a campfire. The full and marvelously detailed story is covered in Chronicles of Tarrytown and Sleepy Hollow, but the quick version is as follows:

A young Native American Hunter one quiet night, finds himself in the presence of celestial maidens enraptured in dance and song atop Spook Rock, or as he knows it a sacred council rock of his people. Amazed by the sight, he gasps and in doing so scares away the maidens, excluding one who lingers to lay eyes on the intruder before she vanishes with her brethren up into the sky.

Unable to sleep, eat, or think straight the Native Hunter returns repeatedly to the Spook Rock in hopes of finding the maidens dancing there again, but does not. Eventually, after some time has passed, his diligence is rewarded, and he crashes their revelry to capture the beautiful maiden who had lingered before.

He marries and has a child with the Celestial Maiden and while at first, she seemed to miss her home in the stars, she soon falls into domestic bliss. After some years, the sound of singing and cavorting echoes from the woods and longing once again returns in her, but she holds fast. Another night of the sounds of her friends proves too much and she leaves her husband and child and does not come back.

His mother gone, the child cries, won't eat and eventually dies. The Native Hunter buries his son along the banks of the Pocantico and wracked with despair, walks off into the wilderness and is never seen again. His hut falls apart with the passing of the years and when it is no more than a ruin, the Celestial Maiden returns. She thinks she has only been gone a few hours, when years have passed instead, and finds her family child missing, and their hut a pile of rubble. She doesn't understand the un-equal passage of time, thinks it's a cruel trick or that she has the wrong place. And so, she goes off into the night to find her husband, her child, and her earthly home.

It is said that on clear and quiet nights, with a crisp blanket of stars overhead, you can see lights dancing in the woods at Spook Rock. And even then, you might see the celestial maiden moving alone through the forest along the Pocantico River, forever searching for what she lost. 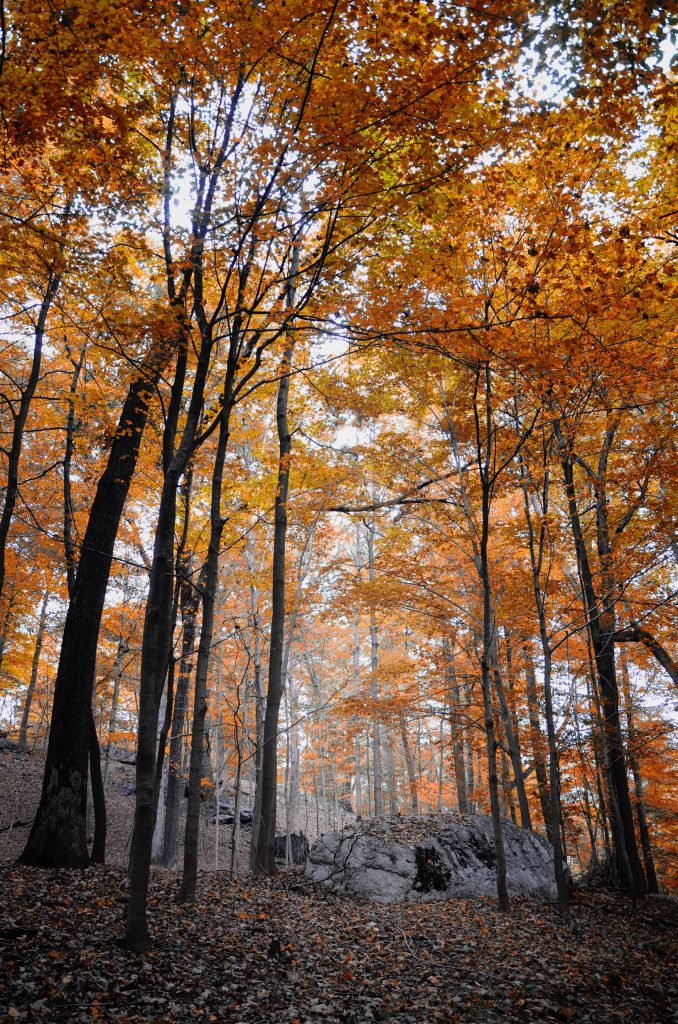 Looking at Spook Rock today, it isn't hard to imagine how the large flat boulder could accommodate a dozen or so dancing maidens, but it also is easy to see how local tribes had supposedly picked the spot as a place of meeting; there isn't much else besides this waylaid chunk of rock. We will never know if it ever truly was a sacred Native site, or a council rock. Or what likely mundane occurrence prompted a traveler to think they heard singing and saw lights through the trees at night, but the spot does have some magic to it, whether it has always been there or if it's due to power the story itself.