Motion pictures from the silent era to the 21st Century have shot on location in Sleepy Hollow and Tarrytown. See if you can spot landmarks from your favorite flick. Before you ask, Tim Burton’s 1999 film Sleepy Hollow was shot in England. Sorry . . . no Johnny Depp, Christina Ricci, Miranda Richardson, and no covered bridge.

The Headless Horseman (1922), a silent version directed by Edward Venturini and starring Will Rogers as Ichabod Crane. Portions are said to have been filmed in what is now Sleepy Hollow. The Old Dutch Church is clearly recognizable.

BUtterfield 8, in which Elizabeth Taylor drives across the original Tappan Zee Bridge. Sorry, Liz, the new bridge which opened in 2017 looks nothing like the old.

The Brain That Wouldn’t Die (1962), Jason Evers and Virginia Leith. Filmed in 1959 but not released until 1962. Exterior scenes filmed at Edgemont, a 22-room mansion on Benedict and Prospect Avenues once owned by the Detmer family (destroyed by fire in 1971).

House of Dark Shadows (1970), directed by Dan Curtis and starring Jonathan Frid and Grayson Hall. In 1970 the creator of the Dark Shadows television series, brought his Gothic soap to the big screen. The feature length film House of Dark Shadows was shot largely at the Lyndhurst estate in Tarrytown, with additional footage in Sleepy Hollow Cemetery where cemetery’s receiving vault made its Hollywood debut as the haunt of the vampire Barnabas Collins. The Headless Horseman isn’t the only specter to haunt the hollow!

The Thomas Crown Affair (1999), starring Pierce Brosnan and Rene Russo. Portions purportedly filmed in Rockefeller State Park Preserve in Sleepy Hollow. (Editor’s note: for the life of us, we can’t figure out which scene.)

Gloria (1999), this remake of the 1980 film of the same name stars Sharon Stone, Jeremy Northam, and George C. Scott. Filmed partly at Lyndhurst.

The Family Man (2000), directed by Brett Ratner and starring Nicolas Cage and Tea Leoni. Big Ed’s Tires was set in the former Tappan Motors AMC dealership (since remodeled) on the site of the demolished St. Paul’s Methodist Church. 1 New Broadway, intersection of Route 9.

The Good Shepherd (2006), directed by Robert DeNiro, starring Matt Damon and Angelina Jolie. You may recognize the Tarrytown Music Hall. 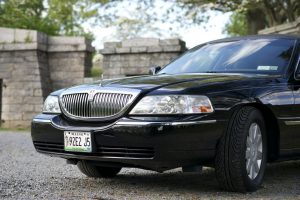 A Good Marriage (2014), starring Joan Allen, Kristen Connolly, Stephen Lang and Anthony LaPaglia. Based on the novella by Stephen King. Portions shot at a private residence at 429 Bellwood Avenue, Sleepy Hollow and at Sleepy Hollow Cemetery.