Sleepy Hollow prides itself on having all but invented Halloween, and for good reason: the village is the setting for Washington Irving’s most famous tale, “The Legend of Sleepy Hollow.” Without that mythic scare and its mascot, the Headless Horseman, where would the holiday be? But did you know that Christmas also has a claim on our community? Probably not – – and it’s all Charles Dickens’ fault.

The story of How Charles Dickens Stole Christmas doesn’t involve the Grinch, but there is a Roast Beast. There isn’t any Whoville, but rather a Yorkshire country seat called Bracebridge Hall. And it doesn’t take place in rhyming couplets, a la Dr. Seuss, but in a handful of heartfelt letters, beginning with this one from Dickens to Washington Irving in 1841:

“My Dear Sir,
There is no man in the world who could have given me the heartfelt pleasure you have, by your kind note of last month. … And with everything you have written upon my shelves, and in my thoughts, and in my heart of hearts, I may honestly and truly say so… I wish I could find in your welcome letter some hint of an intention to visit England. I should like to travel with you, outside of the last of the coaches down to Bracebridge Hall.”

Bracebridge Hall. Are you starting to wonder what – or where – Bracebridge Hall is? You won’t find it on any map, and Dickens knew full well he couldn’t travel there with his hero, Irving, except in his imagination. Bracebridge Hall is the fictional setting of Irving’s tales of an English country Christmas, tales that are tucked among the “Rip Van Winkle” and the “Legend of Sleepy Hollow” in the Sketchbook of Geoffrey Crayon, published between 1819 and 1820.

A point of interest: in 1820, Charles Dickens was just eight years old.

Irving’s account of Christmas at Bracebridge Hall is downright anthropological in its approach. Every sprig of mistletoe and every ounce of wassail is footnoted, for the sake of an American audience that may not be familiar with the ancient Yuletide customs reported therein–and, as it turns out, an English audience that had forgotten the old ways completely. There is much to report, as it turns out. The tables of Bracebridge groan with roast boar’s head, pheasant pie, and plum pudding. The halls ring with the sounds of ancient country games (most involved sticking one’s hand in the fire), country dances, carols, and – importantly – ghost stories. And observing it all is an ornery outsider who is suspicious of so much goodwill, and threatens to turn “churlishly away from contemplating the felicity of his fellow-beings and sit down darkling and repining in his loneliness.”

It might have been familiar to some of Dickens’ readers, too, but after the publication of A Christmas Carol in 1843, Irving’s earlier tales of “Old Christmas” became a memory. There were few who commented on the distinct echoes of Squire Bracebridge’s jolly hospitality in Dickens’ depiction of the Fezziwig’s Christmas Ball, or noted the debt the English author’s most famous characters – Scrooge, Marley, even Tiny Tim – paid to his American inspiration.

Dickens, however, knew to whom he owed the debt. Just a year earlier, he had written again to Irving: “if you ever have leisure to think of a man who loves you, and holds communion with your spirit oftener, perhaps, than any other person alive… you will give me an inexpressible amount of pleasure.” A Christmas Carol is just that communion with Irving’s spirit, and Dickens, in his own way, was announcing his intent to pay homage.

Did Irving invent Christmas as we know it? Like Halloween, the holiday wouldn’t be the same without his writing. Perhaps he is the true Ghost of Christmas Past. With Sleepy Hollow, of course, his favorite haunting ground.

Elizabeth L. Bradley is the editor of the new Penguin Classics edition of Washington Irving’s The Legend of Sleepy Hollow and Other Stories, as well as Irving’s A History of New York. She is the author of Knickerbocker: The Myth Behind New York and Historic Hudson Valley’s Senior Director of Programs and Engagement. 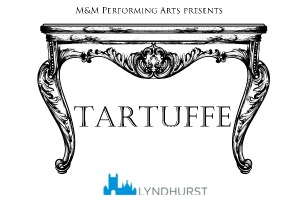 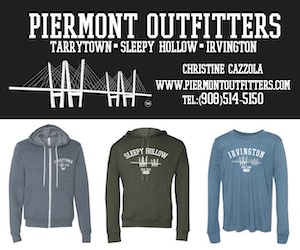